As every year, Odoo took advantage of the annual convention in Brussels, the Odoo Experience in October, to present the new version of the software.

And true to its philosophy of "rapidly evolving software", the list of new features is quite long and very interesting.

I will now explain them in more or less order according to their possible impact on our clients (at least in my opinion, of course) 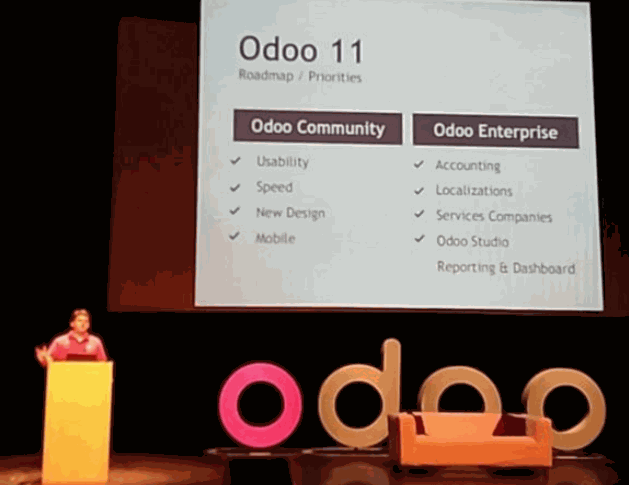 Live presentation by Fabien, the CEO

For those of you who understand English well, here is the full presentation of the Odoo CEO. 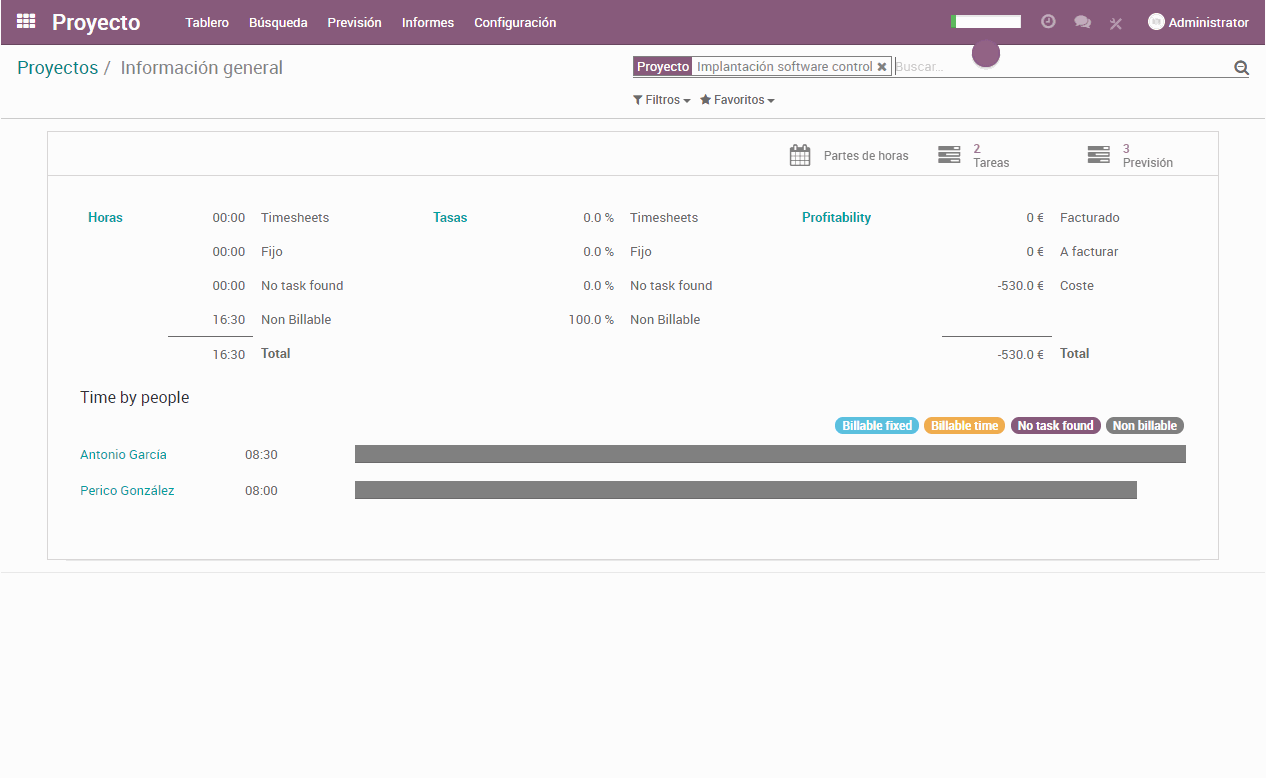 Important improvements in the application of projects, adding an information panel and redesigning certain functions to better cover the needs of service companies.

Most of the improvements have revolved around analyzing employee and project profitability at a glance in a very clear report. Depending on your billing methods, you will get a detailed cost and revenue analysis of all your fixed and billable products, as well as the number of your non-billable tasks, attached to each project. 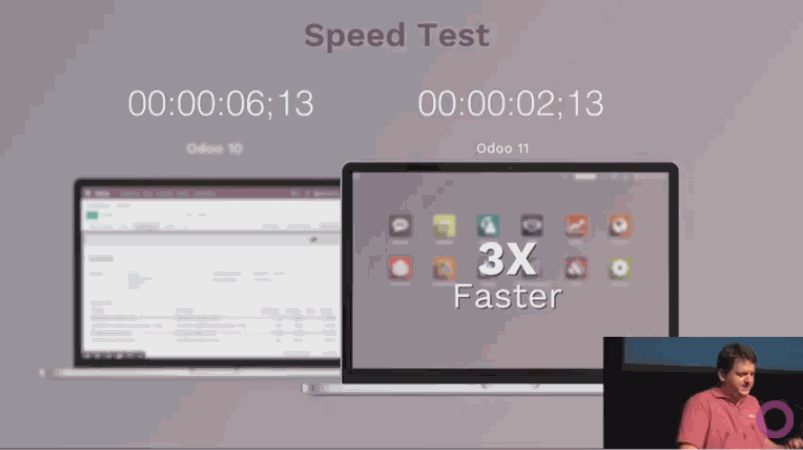 Odoo's heavier processes have been accelerated by 3! Partly due to code optimization and partly due to the fact that the version of Python (the programming language used by Odoo) has been changed.

At the demonstration, they validated a sales order. It's a medium-heavy process because it generates the delivery notes and does a few more calculations. With version 10, it took 6.13 seconds and with version 11, it was completed in 2.13 seconds.

And the heavier the calculation to be made, the greater the improvement. 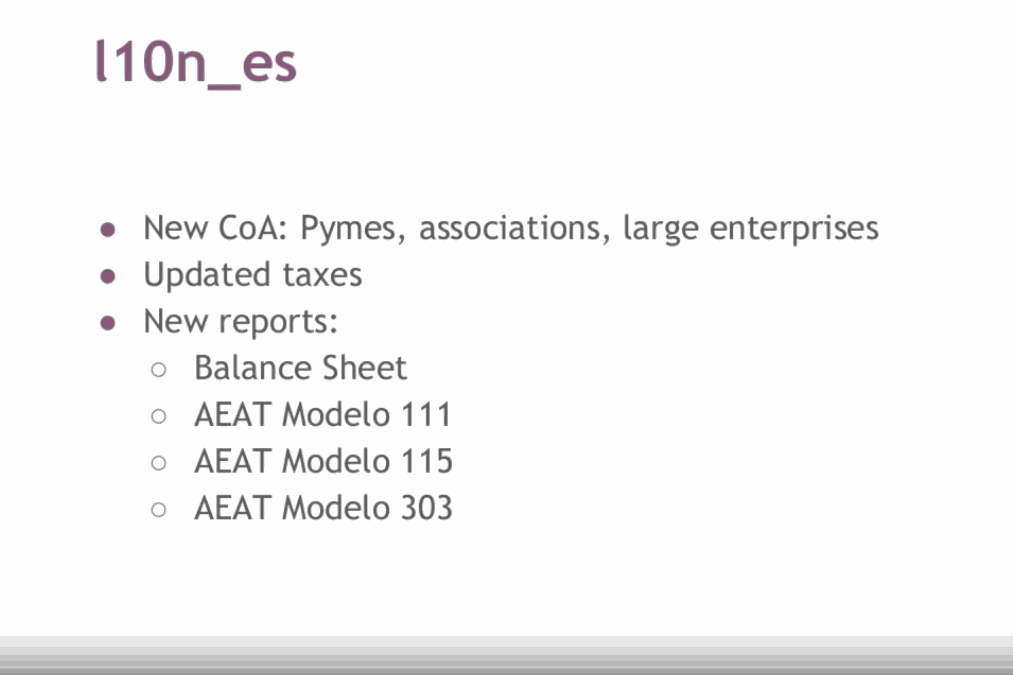 General improvements and a very important one for Spain.

The legal obligations from this version onwards will be covered by the manufacturer in the Enterprise version (so far by the Spanish partners). Therefore, this will not affect the Community version.

This improvement will be implemented in V11 for some 14 different countries.

Python in its version 2, is the programming language used by Odoo until version 10. However, in 2009 version 3 was released which represents a very important change as it is not compatible with the previous version.

Despite its advantages, it has been gradually adopted by the community because of its incompatibility and because the tools that have been created to turn code 2 into 3 were not sufficiently developed.

Finally, Odoo has decided to take the plunge with its version 11. For users it must be said that they won't notice much, except:

- the speed increase discussed in point 2 (largely due to this)

- that the cost of migrating to Odoo version 11, its custom modules, will rise. 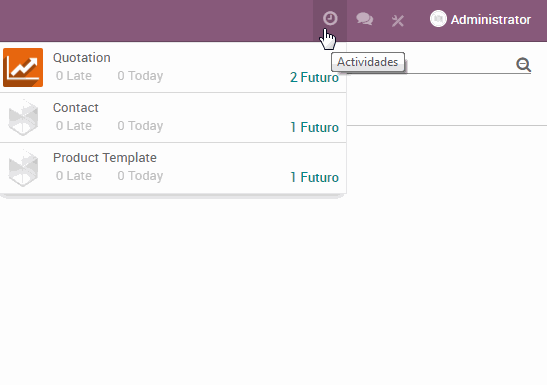 It is not totally new, since it was used in the CRM, but now its usability has been greatly improved and it has been generalized, to become an object transversal to all the applications and linked to the messaging.

There is a quick panel of "pending activities", grouped by areas (budgets, purchases, crm, contacts, etc)

It's really going to be an element that will help to greatly improve the efficiency of its users. 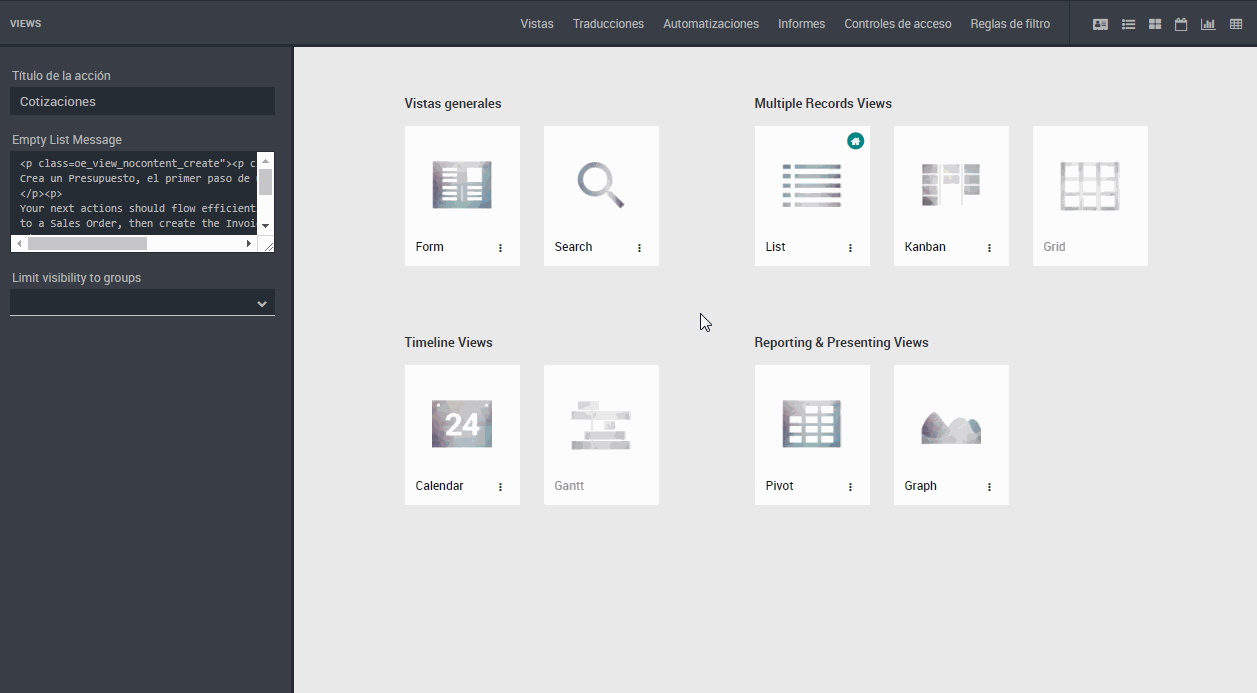 Already the first version of Odoo Studio presented with Odoo version 10 was a success. You could do things that up until then were science fiction, but were missing functionality that was essential for real user environments.

This year, the goal was to launch an application that was more mature and easier to use.

Some of the highlights include:

- Edit lists and form views for the One2Many and Many2Many fields

- Dragging and dropping fields in your view.

For the next version we would like to be able to customize reports (Qweb). Let's see if they listen to us :-) 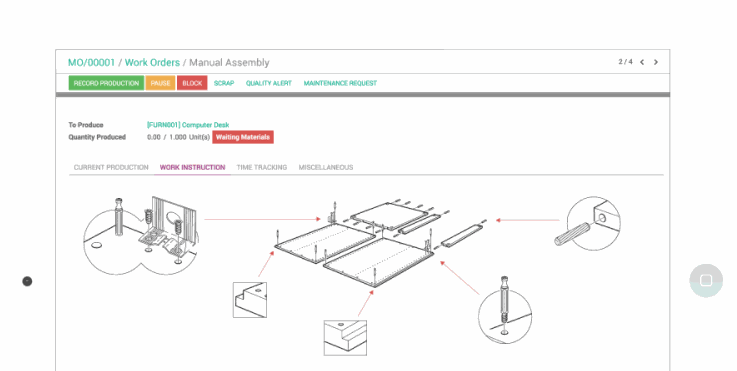 The R&D team has worked hard to create a new and improved version of these 2 main applications.

From a functional point of view, the main improvements include

- A better user experience thanks to additional features, as well as cleaner menus and improved reports. 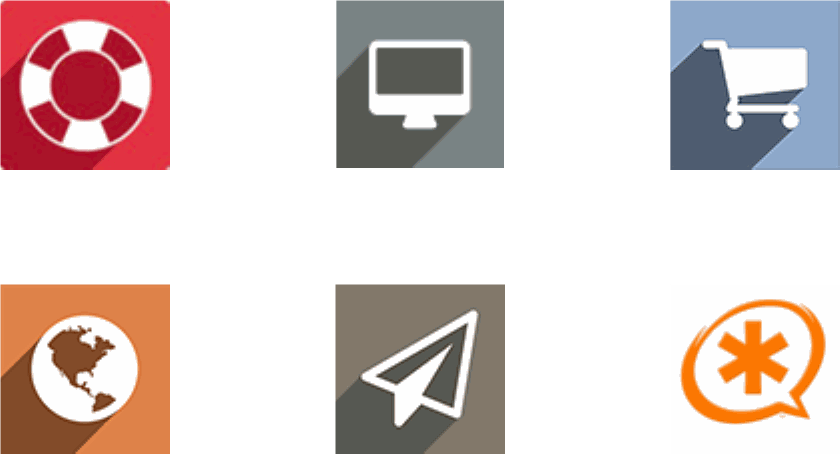 - Point of sale. The customer display (hdmi) is added. 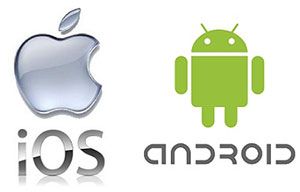 New Odoo app for the iPhone Now Apple users will also be able to use the full potential of Odoo on their iPhones and iPads.